Dr. Tsunao Saitoh and his 11-year-old daughter, Louille, were murdered in May 8, 1996 outside their home in La Jolla. Dr. Saitoh was a  research neuroscientist at UCSD; they were returning from his lab. Someone shot them in their own driveway. Neighbors heard the shots but didn't call the police. He was found slumped in his car; Louille had run a short distance before being shot. 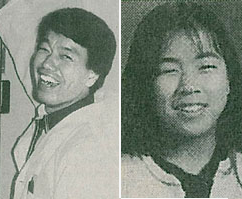 This is a cold case. They know what kind of gun killed them (a Grendel P-12 .380 caliber semi-automatic pistol), but there are no suspects. Saitoh was a well-respected scientist and had no enemies as far as police could find. He and his daughter don't appear to have been involved in any kind of high risk activities.  Saitoh was researching Alzheimer's Disease. 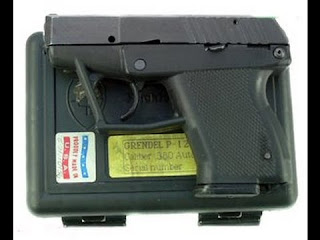 The shooting may have been a professional murder, but there's no way yet to know for sure. This article has some wild theories about this. The police have ruled out robbery as a motive. Saitoh was estranged from his wife. The police are very interested in any information about this crime.