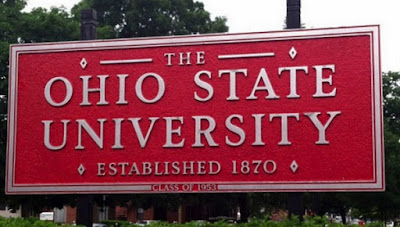 Ohio State University in Columbus, Ohio (the state's largest university) has reported an increase in campus burglaries, aggravated assault, and sexual assaults, according to its annual crime report (as required by the Clery Act). 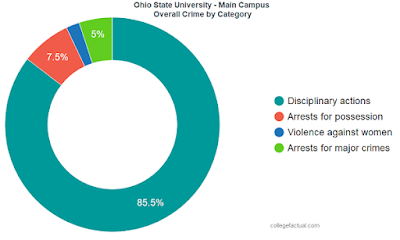 57 rapes were reported in 2016 and 71 in 2017. However, the University believes that there really was no increase in rapes - the victims are coming forward and reporting more assaults because of increased awareness and understanding of sexual assault and domestic violence. 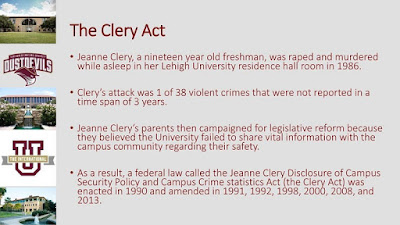 There was an 157% increase between 2016 and 2017 in the number of campus burglaries, which the university attributes to the opening of new residence halls. They claim to be implementing programs and practices to keep the students safer.  Further, the Interim Ohio State Police Chief says that there are over 10,000 people on campus at any given time, making the campus a city of its own. He maintains that the police are constantly patrolling and talking to students to make it a safer campus. Video

Tourists hanging out at La Jolla Cove yesterday afternoon were surprised when they saw a family of killer whales swim up and play in the water for a while. 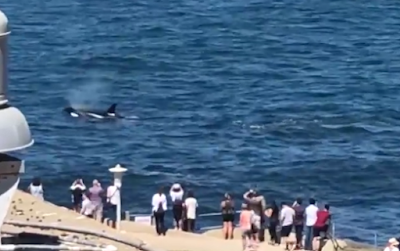 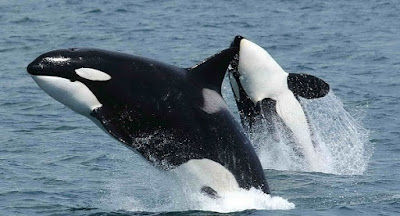 The owner of a nearby PR company, Grant Wright, shot a great video of the whales as he happened to be looking out the window at the cove when they swam up. There were also dolphins nearby.  Wright's employee, Chance Shay, also saw them while eating lunch nearby at a restaurant that overlooks the cove. Shay said that he thought the whales were dolphins at first, until he spotted the black and white pattern that identifies them as orcas. One of the whales was an adult female orca and the other seemed to be younger orcas. The "mama orca" herded the younger ones into the cove, where they frolicked for a while. A crowd gathered there at the railings to watch. 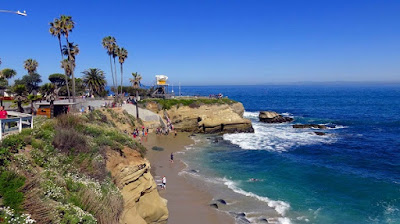 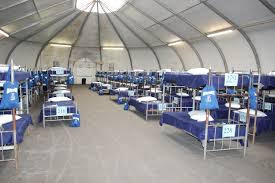 The San Diego City Council will be considering today whether to increase the budget for the Alpha House project downtown by $1 million to pay for more staff at the large tented homeless shelters, which will result in more homeless leaving the shelters for regular housing. The original goal was to get 65% of the homeless into permanent homes, but now they'll be looking at a more realistic goal of getting 30% into a variety of temporary and permanent homes.  They were previously only able to get 12% into permanent homes.

The city council had already approved $10.1 million for the project, including $2.8 for the 2018-2019 fiscal year. A number of assumptions were made originally, before the shelters opened at the beginning of the year. $17 a day, per person, was allocated, not including social services. They will be eliminating 18 Housing Navigator jobs in favor of 23 Case Managers, who can get more done with relocating the homeless into various types of housing. A review found that funding may not be available past 2019. The council will also be looking into expanding the budget for the two other main homeless shelters, Veterans Village of San Diego and Father Joe's Villages.  The new funding gets approval from homeless advocates, including Michael McConnell, who has been critical of the shelters.  San Diego County has close to 10,000 homeless. 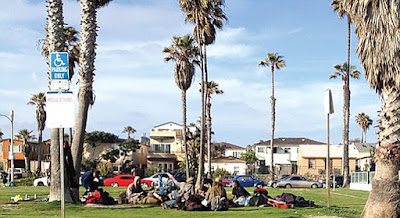 As a former foster child, this literally makes me sick to my stomach. Over 12,000 immigrant children are now being detained - the highest number ever. #immigrants #immigrantchildren https://t.co/c8PwcvQ1pK
— Suzanne Lanoue 🎶🦋🦋 (@slanoue2016) September 13, 2018

A few days' Twitter controversy over Nike and Colin Kaepernik 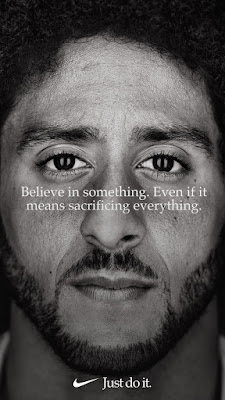 Early this month, Nike hired free agent pro football player Colin Kaepernik for its new ad campaign, which celebrates the 30th anniversary of the iconic "Just Do It" ad campaign.  Kaepernik had already been a spokesperson for the company since he was first drafted in 2011. However, his contract was about to run out, so Nike hired him for this new campaign. Kaepernik sent the internet into an uproar September 3 when he posted the new ad on his Twitter feed, featuring his face and the words: "Believe in something, even if it means sacrificing everything." and the hashtag "JustDoIt." 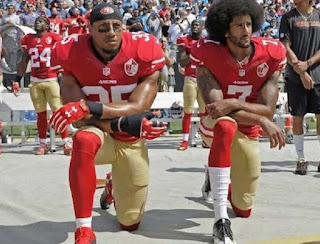 As you may recall, Kaepernik is known as a controversial figure, due to his kneeling in 2016 during the national anthem at a 49ers pro football game to protest racial injustices against African-Americans.  Many other NFL players started doing the same thing, as well as other celebrities and ordinary people (to show support). Kaepernik had originally been sitting during the anthem, but he started kneeling because he was told by former NFL player and U.S. military vet Nate Boyer that kneeling would be more respectful. Despite this, many conservative people became outraged over the kneeling, feeling that it was disrespectful to the flag and to the military. This also started a Twitter battle between President Trump and the NFL. 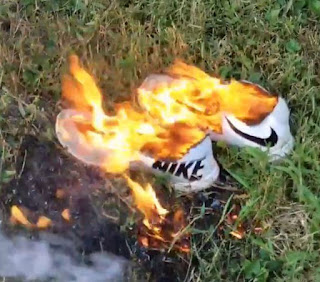 After Kaepernik released the Nike ad, a huge twitter storm erupted. Tweeters on the right cried foul and started the hashtag #boycottnike. Some posted photos of burning Nike shoes and cutting off the Nike "swoosh" from their socks.  Tweeters on the left supported Nike and Kaepernik, ridiculing the people destroying their Nike gear. 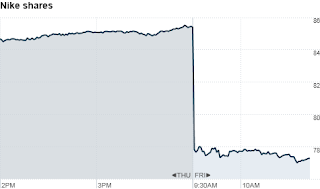 Meanwhile, on the stock market, Nike stock dropped 3.2%, costing them $4 billion. However, Nike stock has been steadily increasing since the beginning of the year, so this drop was a temporary fall. Many people are now buying more Nike products, which will probably get Nike more money and support in the long run.  Nike has a long history of addressing social issues, so this is just the latest ad campaign to drop criticism. 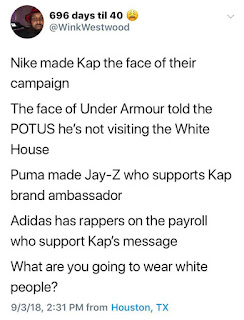 Today, Nike showed that it's not backing down to criticism by releasing a full-length ad for their new campaign.  Most of Twitter has moved on to a new controversy. 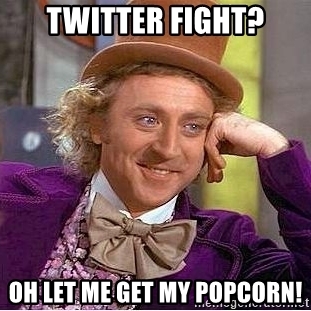