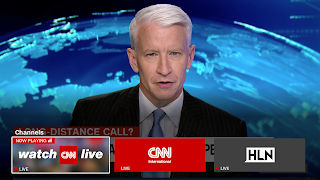 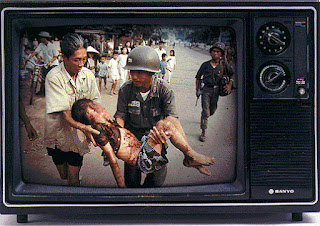 I've never been a big fan of The News, particularly hard news. It always seemed either very boring or depressing to me. Growing up, I suppose my parents watched the news, but I don't think they were really into it. Either they didn't watch very often, or I just ignored it. It seems like the news is always about some war somewhere. In school, we sometimes learned about "current events," which is just another name for The News. I think that's why I never liked history very much, either. Today's news is tomorrow's history. 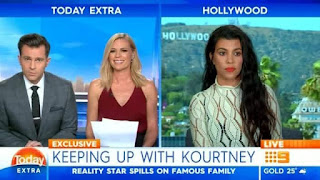 Later on, I did sometimes watch or read Entertainment News. However, I'm not a huge fan of that, either. I do love entertainment, but when it comes to Entertainment News, a lot of it is just gossip. I like to hear about upcoming movies or TV shows, but I don't care too much about what the stars are doing in their personal lives.  When I've watched shows like "Extra!," the celebrities they cover are usually movie stars like Tom Cruise, or someone else that I don't care about.  I love watching TV, but I simply don't have the time to watch news, entertainment news, game shows, talk shows or most other non-fiction shows. I try to reserve my time for watching fiction because that's what I enjoy. I have to prioritize my time. 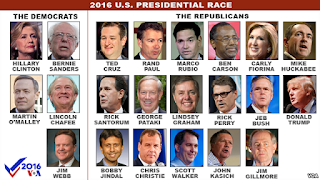 I dated a self-avowed news junkie in high school and ended up marrying him (and he became a political science professor). This association made me a little more aware of what was going on in the world, but it didn't make me like The News any more. It's still very dry and boring. At least, though, it did make it a little easier for me to understand because I can always just ask him about anything I hear or care about.  Even though I don't like watching the news, I do realize that it's important for people to be educated and to know what's going on, especially when it comes to voting.  I think this is one reason that people vote by party. Keeping up with what's going on in the world involves a lot of time and effort. It's easier to just pick a side and always vote for their candidates.  That may sound lazy, or even horrifying to some people, but I think it's better than just picking someone based on, say, their looks, or a few things they've said, without really investigating who they are or what they stand for (which seems to be what many people do). At least, one should be able to know, from experience, what each of the two main parties stand for. 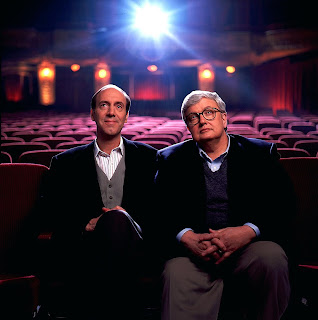 Whenever I read the newspaper (which is not often), my favorite parts are usually the comics (what we used to call "The Funnies"), the entertainment section, and perhaps the lifestyle or food section. I can't be bothered to read the hard news, sports, weather, real estate, classified, etc. I have better things to do.  This is probably why I never really thought about going into journalism much when I was younger. I did take Journalism in 9th grade, and I enjoyed it, but I guess I thought that if I went into that field, I would be required to learn more about the news. It never occurred to me when I was younger that I could have done entertainment news, like I do now on my site. 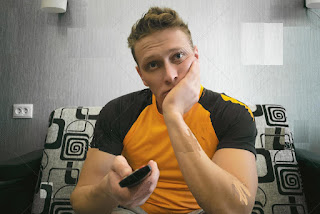 If I do read or watch The News, it always seems like it's made so you can just skim it. The important facts are up front, and then the rest is just details or filler. I usually lose interest after the first few paragraphs (or minutes if it's TV news). I know I'm not the only one who feels this way. 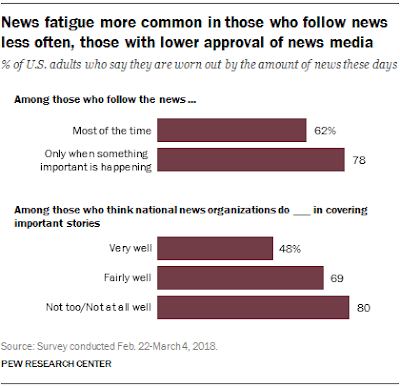 It's much easier now to find news because of the internet and cable TV.  In fact, I feel like there is too much news, coming at you from all sides, all the time. I don't know how anyone keeps up with it all.  I suspect that most people have some certain sites that they read, or a favorite cable news channel that they watch, and they rarely read or watch any others. Even if one is not trying to learn about current events, it's all over social media. I hear about news on Facebook and Twitter more than anywhere else. That's probably because I have over 1000 friends/followers, many of whom are either political scientists or news junkies. If anything important happens, they post about it, or they post a link to an article. Then I can always look for more information, if it interests me.  The same is true for comedy news shows, which is the other place I find news. I watch a lot of these shows because they're funny and more interesting than the regular news. I used to watch some of them with my husband and his mom (when she lived with us), so I got hooked on watching The Daily Show and other shows like it. 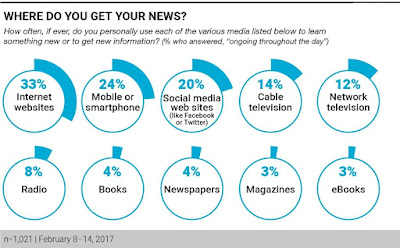 Unfortunately, most people don't have a political science professor to live with, and only about 34% of Americans are college graduates, so I think the rest tend to believe anything they hear or read in the news, whether it's biased, or whether it's spreading fear and hatred.  For some reason, many people want to read and hear only tabloid news. I don't read or watch any of that type of news, whether it's coming from the right or left. I'm able to discern what's factual and what isn't, if I put my mind to it. Having been on the internet for the past 24 years, I have developed a great fake-news-radar. If someone sends me news via email, or posts something online, I can usually tell if it's not true. If it sounds too bad (or too good) to be true, then it usually isn't true. I know where to look up the truth. I don't trust any news that's from certain sites or news organizations. I'm right about 99% of the time. I wish everyone could be less gullible that way. I'm not trying to sound superior or anything. I didn't set out to fine-tune my fake news radar. It just comes from being online so long, and from having many internet friends from all walks of life.

Over the years, I've come to learn more about The News and Politics than I ever wanted to. I still find it boring and depressing, but I try to keep up, a little bit more than I used to. After the last election, I think most people decided to pay a little bit more attention to what's going on in the world (particularly here in the U.S.). Subscriptions to newspapers and magazines rose. I used to only subscribe to entertainment magazines, cooking magazines, and the occasional computer magazine, but I added Vanity Fair to the list. I also subscribe to the New York Times, a paper I previously had little use for (since they have no comics section).  They send out a "Morning Briefing" via email, which suits me just fine. I can skim through that, and if anything catches my interest, I just click on their link to read more. Their paper is very informative and strives to be honest and unbiased.

I still don't like reading or watching The News, particularly anything sad or depressing. I already know that animals, children and adults get sick, die or suffer miserably. I don't need to know the details. I don't like to dwell on the bad things that go on in the world, and I can't do anything about most of it. I know that these terrible things happen, and why.  Usually it's from human greed and selfishness. Even when there's a devastating natural disaster, the causes are sometimes traced back to humanity. I don't hate people, but we do a lot of awful things to ourselves and to each other. Thinking about it makes me angry and sad. I don't need more stress in my life.