Magnolia needs more things to do and better restaurants

Our town of almost 12,000 needs a movie theater, a bowling alley, public transportation (at least Uber!), and other entertainment and shopping options for the local community, as well as for all of the students. The SAU student enrollments have been increasing every year, and I believe they will increase even more if we make Magnolia more like a real college town. 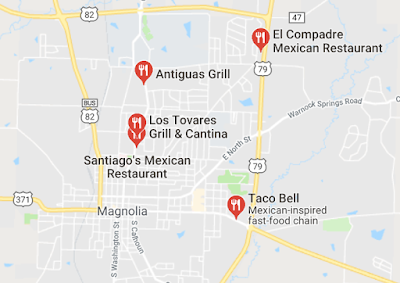 Besides all of the things mentioned above, we need more restaurants.  What we don't need are more Mexican restaurants. We have three right now, and more opening up. There will be 5 or 6. I don't know why we need so many.  None of them are great - just adequate. I might be a little biased because I'm from San Diego, CA, which is right on the border. I like Antigua's and El Compadre just fine. Not many people seem to go to the latter. I'm not sure why because I think their food and drinks are just as good as any other in town (possibly better). It might be the location.  Antigua's is right near the university.  El Compadre is across from Flying Burger and next to the new Blue Bull Grill.  One would think that would be a good location, too, but it's not, from what I can tell. To be fair, El Compadre doesn't advertise very much.  They have tried to have trivia and karaoke nights to bring in more customers, but they didn't do much advertising for those, either. They don't do a good job of keeping up their Facebook page, either.

Up until a few months ago, there was Cancun (on Main Street), which was very popular. I thought their food was disappointing, the few times we went there for dinner.  A new place, Santiago's, opened on North Jackson St., a block away from another new Mexican restaurant, Los Tovares Grill. I liked Los Tovares, too (I haven't tried Santiago's yet). There's another Mexican place moving in where Cancun used to be, and Los Tovares is now moving to the Square and will be called Los Maguelles. I believe that yet another Mexican restaurant will also be opening up in our little town, too. 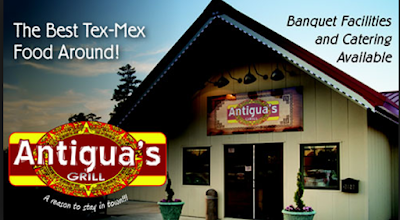 None of them are great Mexican restaurants. It's not that they're not authentic - the people who own and run them are Hispanic/Latino.  The problem is that restaurants cater to the local tastes. Apparently people here just don't like spicy food, so that's why the restaurants make very bland Mexican food.  If someone tried to open an Indian or Thai restaurant, they would probably be just as bad as the Mexican, Chinese and Japanese restaurants here.  Still, it would be nice if someone actually tried to open some good quality restaurants (besides Backyard BBQ, which is the only truly great restaurant in our town). And while we're at it, can some of them have gluten-free options so I can eat at them? That would be great... I keep hearing that there's a lot of money in this town. If so, the people with money need to open up some better restaurants! 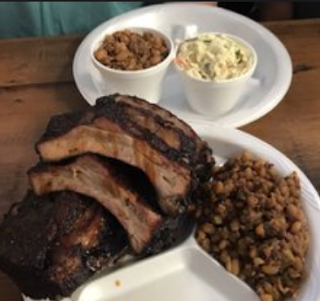