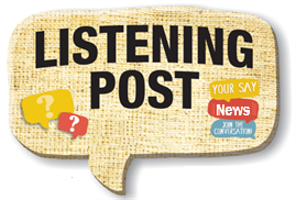 In journalism, a "listening post" is a place where the press can get information, news, or sources, such as the police station.  In this assignment, we've been directed to talk about the listening posts in our own lives.  Not being a traditional student, I don't live on campus, so I don't get very many opportunities to speak with other students. When I do, it's on a very casual basis.  Also, we've only lived in Magnolia for a few years, so we don't know very many people outside of the university. 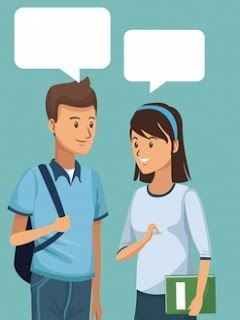 This is my third year of being a student at SAU, so I know a lot more people than I used to. Since it's a small campus, I run into people I know quite often now. In my first class this semester, in fact, I've had conversations with some of the students, especially those who are also not traditional students. There are at least 5 of us "older" students in there, and I chat with some of them before and after class.  I'm always running into someone I know, though, on campus, or at campus events like the football games.

My husband and I make a point not to discuss anything controversial with our acquaintances. It's hard to have a less-than-superficial discussion with people if you're avoiding anything controversial, though. Still, it's important, especially if you live in a small town, to avoid discussing topics that might be touchy. Like most people we grew up with, we were taught never to discuss sex, religion or politics in "polite company," so we mostly adhere to that. 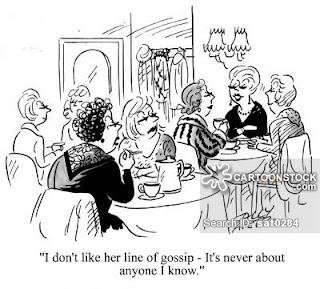 I meet with a small group of people for lunch when I'm on campus (I only come in Tuesdays and Thursdays this semester). Some of the women that work for Aramark go to lunch around 11am, which is right after my class, so I usually sit with them. They know me, since I've been coming there so often, for a few years now.  We're all around the same general age, so it makes it nice to have someone to chat with about things like marriage, family, household, diseases, etc. Sometimes I do hear some good gossip about people at the university, or in Magnolia. I think this is probably the closest thing I have to a local listening post. 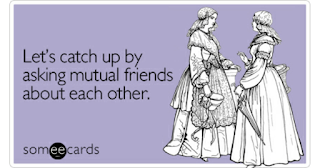 I don't mean to sound like I don't talk to younger people, because I do; but as I said, not very much.  I sometimes run into people from my photography class last year, or from one of my other Mass Comm classes, and it's always nice to catch up.  Sometimes I even get a hug! 😁 It's also nice to talk to the people in this class, and sometimes I come early and hear them talking. It can be very fun to listen to the chatter. 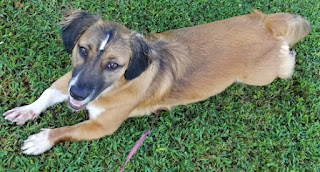 Our house is next to only one other house, in a cul-de-sac, so I do sometimes talk with my neighbor, and she loves to gossip and tell stories. I've heard some interesting things from her about the town and about some of the people in it. I don't know most of my other neighbors. We mostly just wave when we pass each other. I walk my dog, Brandy, quite often, so that's when I see most of them. I see other dog walkers, and sometimes we chat for a few minutes. Or I'll chat briefly with the kids down the street when they pet the dog. 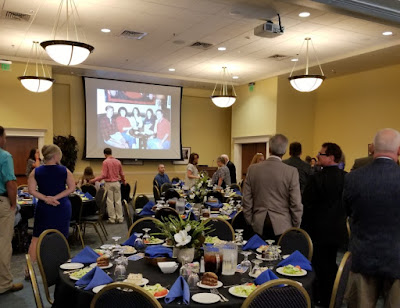 We go to many functions at the university that seem like parties or dinners, but they're all work-related for my husband. For me, they're more social, but they're not people I know, so it's all casual conversation.  Occasionally I will hear something interesting. There was a dinner we went to a few years ago where the local D.A. was sitting near us, and he was a great story-teller. He had many interesting things to say. Unfortunately, he passed away last year.  Apparently he was quite a good friend to SAU, too.  I enjoy going to Mulegating and other functions, but they don't really allow for much conversation.  We've had some of my husband's colleagues over for dinner, and that's a lot of fun, but for the most part, it's all work-related, not "just for fun." There's very little news that's discussed, and if there is, it's about people or issues on campus that I don't know. The only other people I talk to are those who I've paid for repairs or something else. I don't have my own car, so I pay someone to give me a ride to school, or sometimes shopping.  The current driver is Trisha, who's really nice, and I enjoy talking to her. We get along very well. 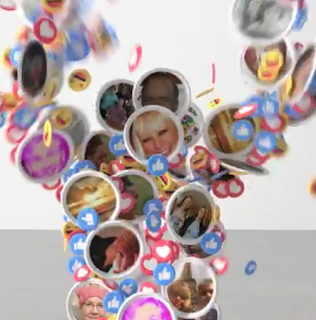 I hope I don't sound too boring, or lonely, or desperate for friends! It's just that if you move often, like we do, it's hard to keep making friends. I have many friends, but they're all over the world. I keep in touch with them via phone, email, and social media (mostly Facebook). That's probably where most of my "listening post" is. I spend quite a bit of time every day on Instagram, Twitter, Facebook, Messenger, texting, and email. Some of it is work-related, but the rest is not. I have 2 Facebook accounts, 3 Twitter Accounts, 2 Instagram accounts, and 3 main email accounts that I check regularly. 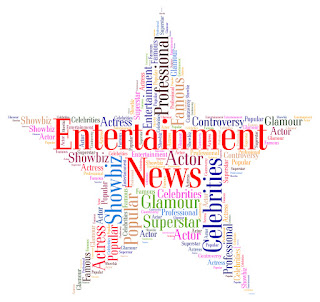 I don't plan to become a "regular" news reporter. I plan to keep writing TV articles and reviews, and interviewing TV people (as I already do on my website). So my "listening post" is more online, and on TV, than in town. If I lived in L.A. or New York, then it might be different. I would probably have some local entertainment sources that I could interview in person rather than by phone or internet. I would get to know the local people and have more sources.

While I live here in Magnolia, I do read the local newspapers online. We used to always subscribe to the local paper, wherever we lived, but they do a poor job of holding the paper when we're out of town (which is often), so we stopped subscribing. I wish there was a better way of connecting with other people in town and finding out what's going on. When I first moved here, I was shocked that there was no public transportation (among other things), and I had a hard time finding people to do things, like plumbers, repair men etc. Eventually I did find some, but it took quite a while.  Websites like Craigslist don't deal with people in small towns, so they're not very helpful. I'm sure that most people who live here get their local information when they go to church, or meet people through their children's schools, or other local/family events. 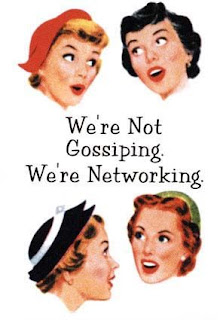